Joseph Yulyevich Achron, also seen as Akhron (Russian: Иосиф Юльевич Ахрон) (May 13, 1886 – April 29, 1943) was a Russian composer and violinist of Jewish origin, who settled in the United States. His preoccupation with Jewish elements and his desire to develop a “Jewish” harmonic and contrapuntal idiom, underscored and informed much of his work. His friend, the composer Arnold Schoenberg, described Achron in his obituary as “one of the most underrated modern composers”

Be the first to review “Achron, Joseph” Cancel reply 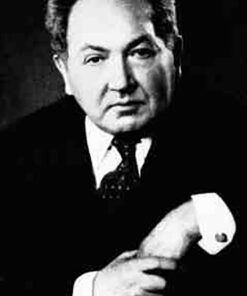